Due to COVID-19, some orders may be delayed. Thank you for your patience and understanding. Dismiss

80mm Inkless Titan d20 inspired by the character of Fjord from the hit show Critcal Role.

This die was recently featured on DnD Beyond!

This  Consume, Embrace  80mm Inkless Titan d20 will be up for AUCTION

This is Die #1 of an extremely Limited Edition Collector’s Series.

Only a handful of these dice will ever be made. 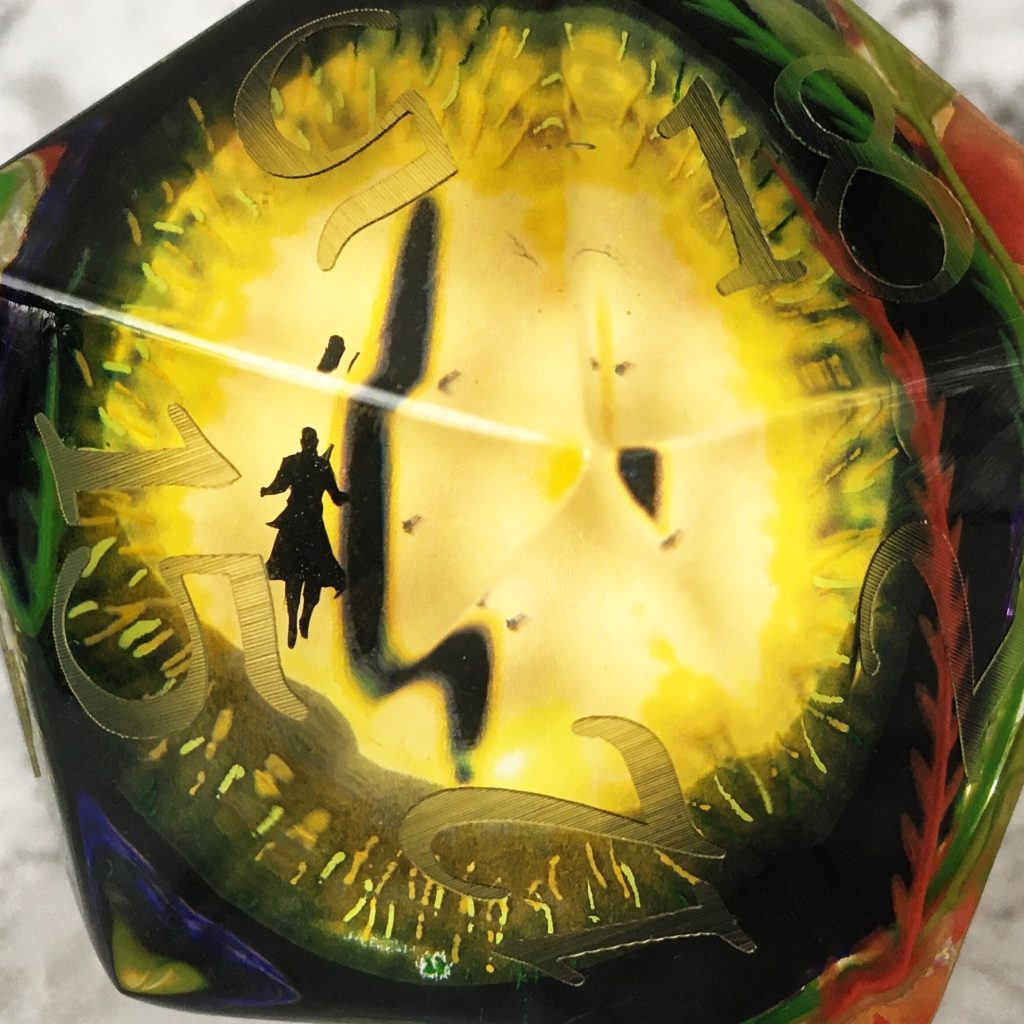 This stunning artistic creation was designed and crafted by Master Dice Maker Sasha Augustine in the Sunshadeau Arts Studio.

Inkless dice refer to dice with raised, textured numbers that are not inked (i.e. there is no colored paint or pigment marking the numbers). This style of die still produces visible numbers for rolling purposes but doesn’t block or detract from the beautiful design within. The inkless style and dice font were created by artist and designer Sasha Augustine and are exclusively available from Sunshadeau Arts.

Each die is handmade from premium art resin. Almost the entire die is resin, dyed different colors and formed into different shapes, so the die remains balanced enough for rolling. There are tiny elements of paper, vinyl and fabric within, but the weight of these elements is so minuscule as to not affect the dice balance.

This amazing d20 was inspired by the Critical Role character Fjord. One side shows Fjord suspended in front of the eye of Uk’otoa and the other side shows him being embraced by Melora, the Wildmother.

The character of Fjord is the property of Travis Willingham created in association with Matthew Mercer and Critical Role. Sunshadeau Arts is in no way affiliated with Critical Role, this is purely a fan inspired creation. 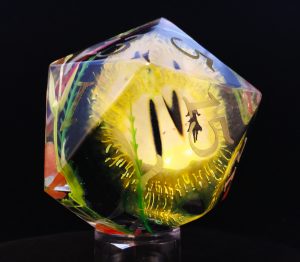 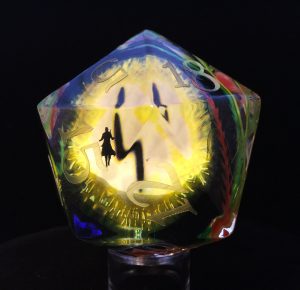 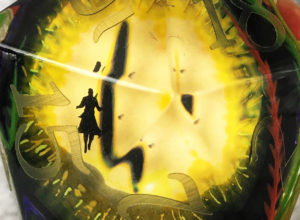 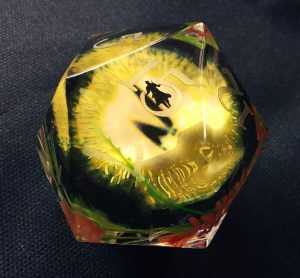 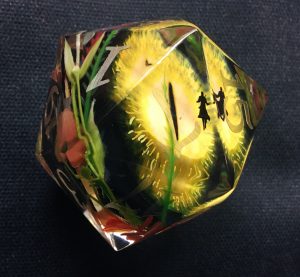 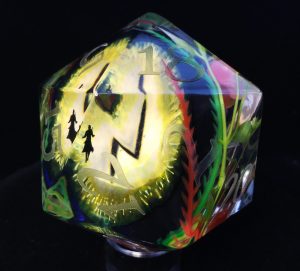 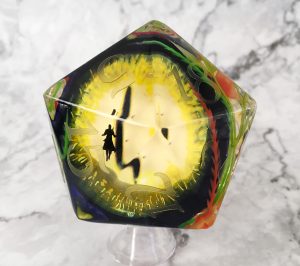 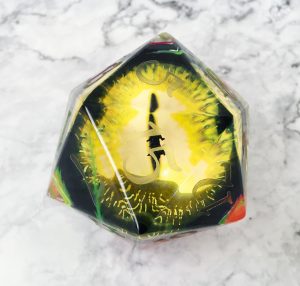 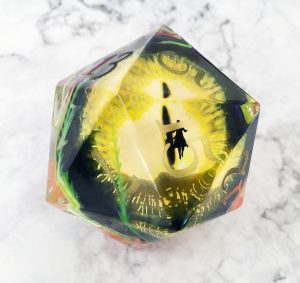 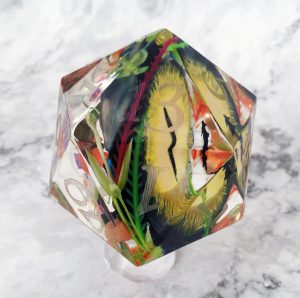 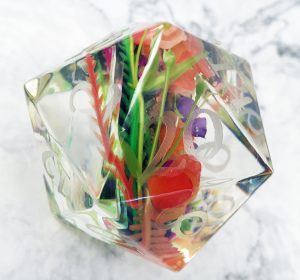 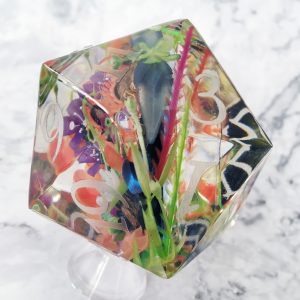 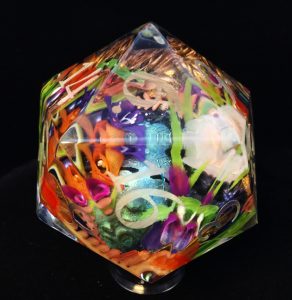 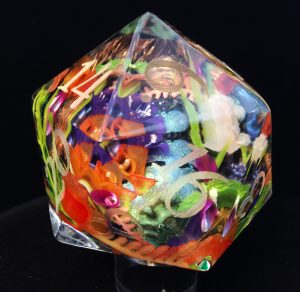 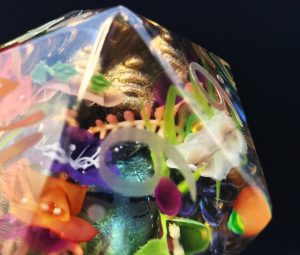 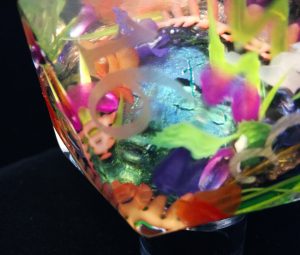 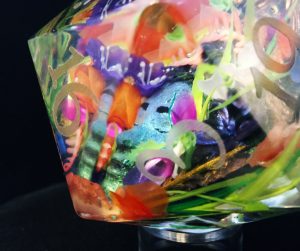 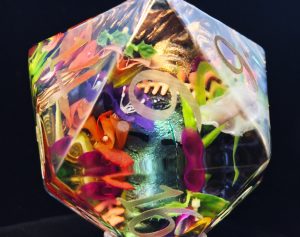 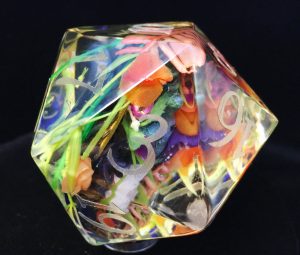 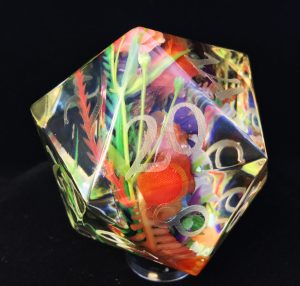 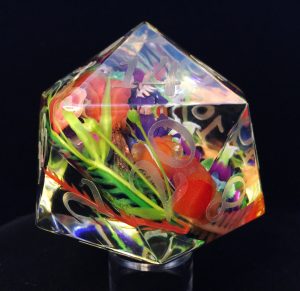 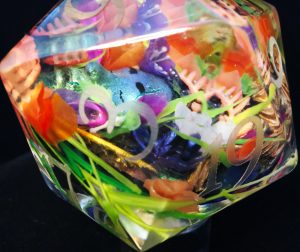 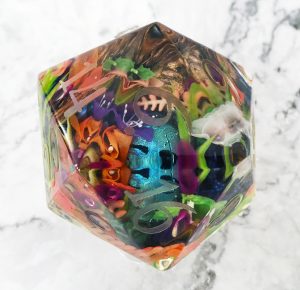 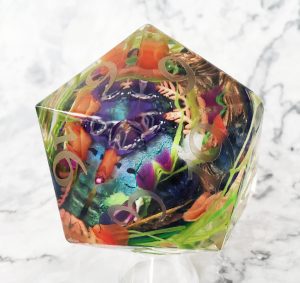 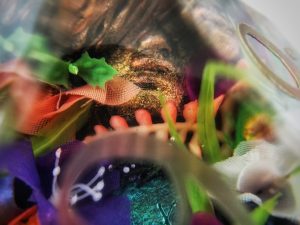 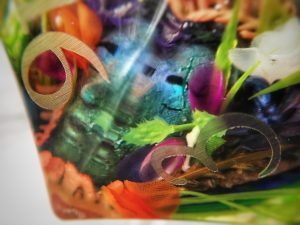 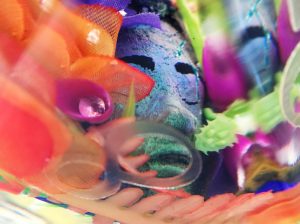 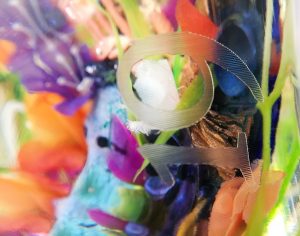